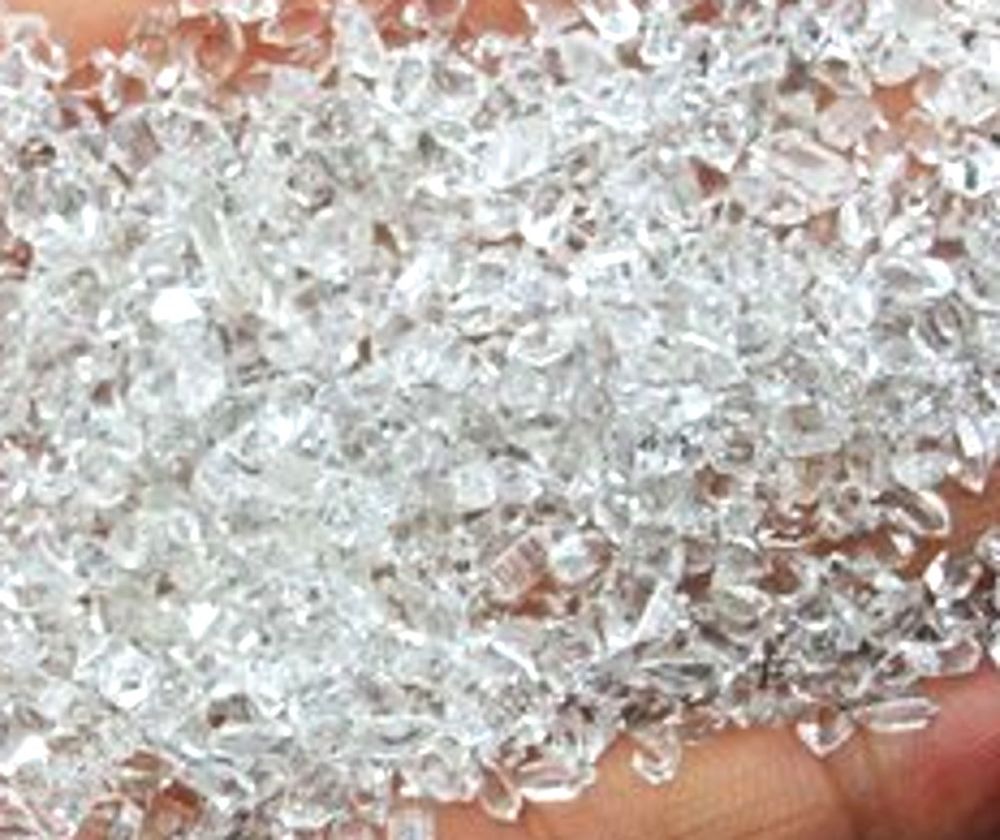 50 in stock.
0 in your basket
View Basket Checkout

“Herkimer diamond is a generic name for double-terminated quartz crystals, which were first discovered in exposed outcrops of dolostone at Middleville

These quartz crystals, which geologists theorize formed extremely slowly in small solution cavities or vugs, have 18 facets (6 sides) and two terminations. There are also larger cavities that are several feet in diameter that are called "pockets". They can be found clear, cloudy, smoky or even containing a variety of rare impurities.”

Melody, Judy Hall and most other crystal authorities who work with the metaphysical  properties note that although originally discovered in Herkimer - they have now been found in over 10 other areas of the world and new finds are still being discovered

These herkies are from Pakistan

I had quite a long conversation with him and he told me of the origin of the Taliban - and that originally they were a student protest group - we also decided we would bring peace to the incident there and then between us.

Also a journalist in a meditation group I was in said he had taken footage of people burning an american flag in Pakistan - but that footage was taken 10 years before the Twin Towers incident and was shown around the world by newscasters just after the Twin Towers devastation - so it was completely inappropriate.

I also know that the only way I can bring peace into the world is to examine the feelings that are arising in me at this moment in time and ask for help with them so that any conflict inside me can be healed and resolved.

Recommend this to a friend  +